Archdiocese of Detroit News and Events

News and events in and around the Archdiocese of Detroit 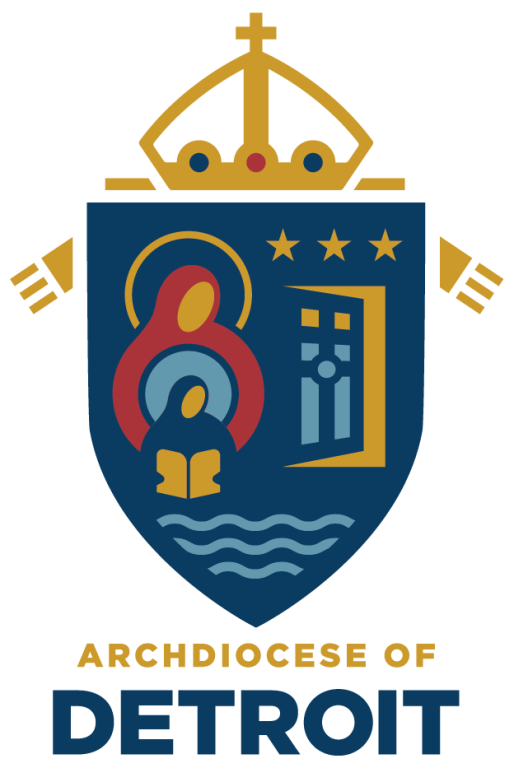 The Communications Department shares the following message from Father Stephen Pullis, Director of the Department of Evangelization and Missionary Discipleship and member of the liturgical team advising Archbishop Vigneron during the coronavirus pandemic:

In light of the continued spread of the coronavirus in southeast Michigan and the impossibility for parishes to safely accommodate all Catholics for Mass on Sundays, Archbishop Vigneron has extended the dispensation from the obligation to attend Mass on Sundays and Holy Days of Obligation for all the faithful in the Archdiocese of Detroit, as well as for all travelers during their time within the territory of the Archdiocese of Detroit, until Monday, November 23, 2020.

While the dispensation from the grave obligation to attend Sunday Mass is in effect, all baptized Catholics are reminded of the grave necessity they have to keep holy the Lord’s Day. Archbishop Vigneron wrote a pastoral note entitled “The Day of the Lord” little more than one year ago calling to mind this important spiritual obligation. As the day of the Resurrection of our Lord, Christians from the earliest days set Sunday apart as a day unlike others. When it is not possible to participate in person in the Sacrifice of the Mass, it is vitally important for every member of the Catholic Church to nourish his or her soul during these days. This means cultivating a prayer life in their homes, reading Sacred Scripture – especially the prescribed readings for the Sunday Mass – and making Christ the center of one’s home and being his disciple the central identity of one’s life. It also means continuing to understand Sunday as a day set apart for the Lord. This means activities on Sunday should be different from the pursuits of the rest of the week. Prayer and time for God, time for family, and works of charity should be central to a Catholic’s Sunday.

The obligation to attend Mass (when not dispensed) on Sundays and Holy Days of Obligation is a grave call for us who have been incorporated into Christ by our baptism to share in the sacrifice of Christ to the Father. It is an obligation that we worship God in a way far superior to our most creative and ingenious efforts because it is not our work but Christ’s. Therefore, we enter into the work of Christ (as members of his body) and we share in the graces of this sacrificial worship. While the dispensation remains in effect, it is imperative that we remember what awesomeness it is to participate at Mass, particularly in receiving Christ in the Holy Eucharist. To lose the centrality of the Mass in our lives would be a spiritual tragedy.

A general dispensation to all the faithful has been given so as not to unduly bind the consciences of those who are greatly troubled by the destructive potency of the coronavirus as well as to care for the most vulnerable among us. Catholics who engage in other activities that would present a similar or greater risk of contamination (eating out at restaurants, traveling, non-essential shopping, widening one’s circle of contacts, etc.) should begin to return to Sunday Mass as they are able. While one does not commit a mortal sin by absenting one’s self during these days due to the dispensation, one would be deprived of the immeasurable spiritual graces Christ desires for his faithful when they actively participate in the Mass.

Archbishop Vigneron and his advisors will continue to monitor and adjust this dispensation as needed for the spiritual and physical health of Catholics in southeast Michigan. Let us continue to invoke our patroness St. Anne for her protection of the faithful in the Archdiocese of Detroit and for a swift end to the coronavirus pandemic.

Pastoral care regarding the Vatican's Note on Baptism

“Go, therefore, and make disciples of all nations, baptizing them in the name of the Father, and of the Son, and of the Holy Spirit, teaching them to observe all that I have commanded you. And behold, I am with you always, until the end of the age.”

By recently watching a family video taken at the time of his baptism as an infant and then reading the note issued by the Vatican, Father Matthew Hood was devastated to learn that a deacon decided to change the proper words (formula) to baptism. Father Hood immediately contacted the Archdiocese and the proper steps were taken to remedy his situation. He has now been validly baptized, confirmed and ordained.

We offer the information below as a resource to all the faithful. We encourage you to read the letter from Archbishop Vigneron and the frequently asked questions. Should you have additional questions or concerns, please contact your parish or use the form below to contact the Archdiocese of Detroit.

In making this clarification, the Congregation pointed to the Second Vatican Council, which established that no one “even if he be a priest, may add, remove, or change anything in the liturgy on his own authority.”

One of our priests in the Archdiocese of Detroit received this news with particular devastation. Father Matthew Hood, a graduate of Sacred Heart Major Seminary who sought ordination to the priesthood in June of 2017, had recently viewed a family video taken at the time of his baptism as an infant and realized the celebrating deacon decided to change the proper words (formula) to baptism, using “We baptize” as opposed to “I baptize.”

These frequently asked questions are also available in Spanish.

If you have questions or concerns about the validity of your sacrament(s), we invite you to submit questions using this online form.

NOTE: For those who have specific concerns about their sacraments and wish to discuss those concerns with a priest, please check the "Yes, I wish to speak with a priest" box and provide a phone number where you can be reached.

May 31: Archbishop Vigneron Letter regarding Families of Parishes

Dear brothers and sisters in Christ,

I write today with gratitude for the many blessings God has granted the Archdiocese of Detroit during our missionary journey. Six years ago, we asked God to send his Holy Spirit upon us in a New Pentecost, to fill us with an unshakable inner conviction of the truth of the Gospel and a love that compels us to share the good news with those around us. Two years later, through Synod ‘16 we received clarity that God wanted us to reclaim our Church’s missionary identity and we set out with a promise to trust and follow him.

We began in earnest the work of a generation, to unleash the Gospel in southeast Michigan and beyond. Last year, we announced the next phase of this missionary movement, a plan to transform our parishes and schools, making them places where individuals and families can encounter Jesus anew, grow as disciples, and be equipped as witnesses of the Risen Christ.

This continues to be our mission today, even now in the midst of a historic pandemic. The current health and economic crises have disrupted our lives and the life of the Church. This new reality has exacerbated some of the challenges we were already facing. Even before the pandemic, we knew that the way we function in our parishes needed to change. In addition to the shortage of priests available to serve in our parishes and the shortage of vocations for future ordinations, the parish structures we inherited served our mission well in the past, but they needed to be renewed and aligned for mission.

And so, in prayer and in consultation with others, I’ve discerned that now is the time to respond in faith to the challenges we face and to take the necessary steps to better equip our parish communities for mission. Over the next two years, parishes in the Archdiocese of Detroit will join together to form new groupings called “families of parishes.” These groups – these families – of three to six parishes will work together and share human and material resources to further advance our shared mission. This new model will allow groups of priests, deacons, and lay staff to better share their gifts and talents with their entire parish families.

We are not the same diocese we were six years ago when we began this journey. God has been at work in us, in our communities, in our parishes, and in our schools. We have learned to be more docile to the Holy Spirit. We have learned to walk with apostolic boldness and confidence in God. We are committed to working in a spirit of innovation and collaboration. And most importantly, we have resolved to place Christ and his mission above all else.

Over the next several months, groups of clergy and lay faithful will help me discern the leadership and governance structure of the families of parishes and the ways in which this new structure will help all our parishes become vibrant posts of missionary activity. At Advent, my hope is to announce the groups of parishes that will form each family, with the first of them expected to begin to function as a family in July of 2021.

I invite you to visit the website www.familiesofparishes.org to learn more about this process and to sign up for updates. Please join me in praying for this very important step in the life and mission of our local Church. Let us give thanks to God ahead of time for the great work he is doing in our midst. God is with us. He has given us his Holy Spirit as the initiator, guide, and driving force of our mission.

Sincerely yours in Christ,

The Most Reverend Allen H. Vigneron
Archbishop of Detroit